Where It All Began

Keith Bassi invented the first ever MINI with company livery 1st May 2002.

The company were enthralled with the idea and by March 2013, we had a huge 500 MINIs supplied and commissioned and travelling up and down the UK (and beyond). In 2017 we will see the magic 1000th MINI on the road.

BMW / MINI AG have confirmed to our President that this is the largest MINI fleet in the world.

Our thanks to Keith – who calls them “My Little Babies”.

In recognition of his contribution, the club appointed Keith an ‘Honorary Life Member’ in 2013 when he received MINI number 500 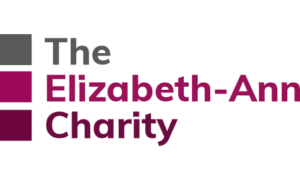 Michael and Julie Davies had set up The Elizabeth-Ann Charity in their daughters name and one of of their team, Barry Watson from Chepstow, took a great interest to help them.

David Bell and Barry Watson got together and organised the route and stop overs, recruited 21 eager UW Mini Owners and met at Dover Harbour. Over the next 4 days went to LeMans and Paris and returned.

The fund raising exceeded £12,500 all of which went to the people of Burlavaripalem which is a small village in Andhra Pradesh, 200 miles north of Chemma / Madras.

The donations supported to build a shower block and fresh water supply to the village and assisted in building the local school.

This spurred David and Kath Bell on to do more charity work alongside the Utility Warehouse, where the UW Mini Owners Club was born.

At the formation of the club in 2010, the Chairman of Telecom Plus The Hon Charles Wigoder pledged to fund match everything that is raised by the club.

David & Kath Bell collecting their 1st UW MINI “PIXY” on 23rd May 2010 from Wayne Coupland, a month before ‘The Le Mans Job’ Rally. 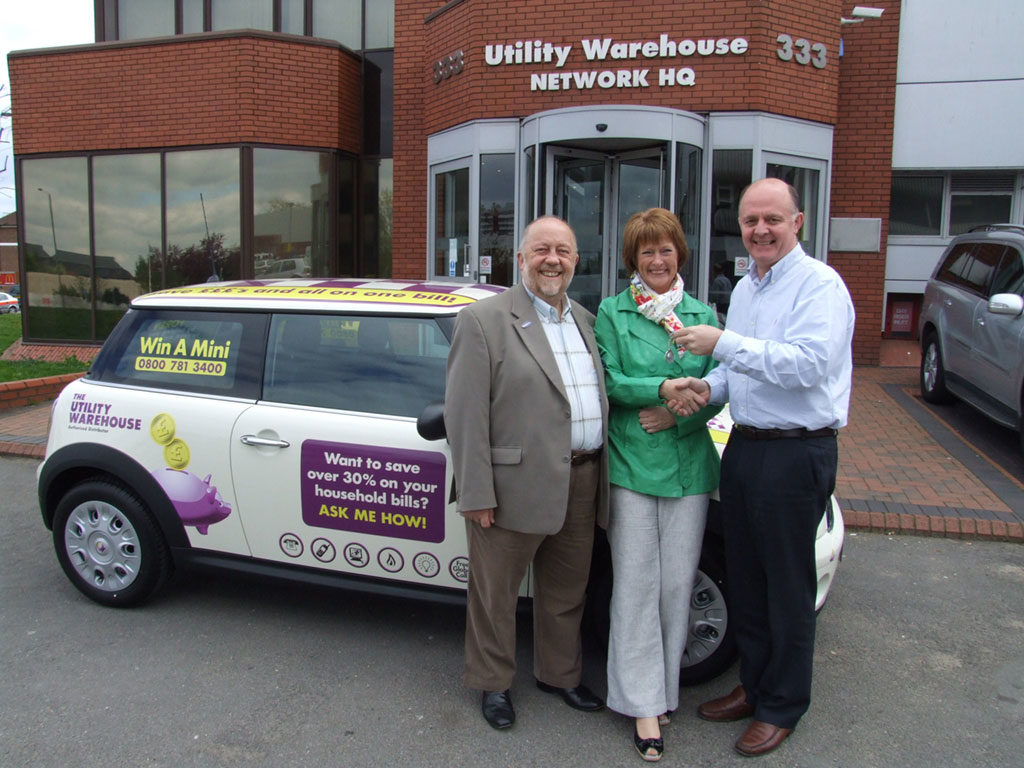 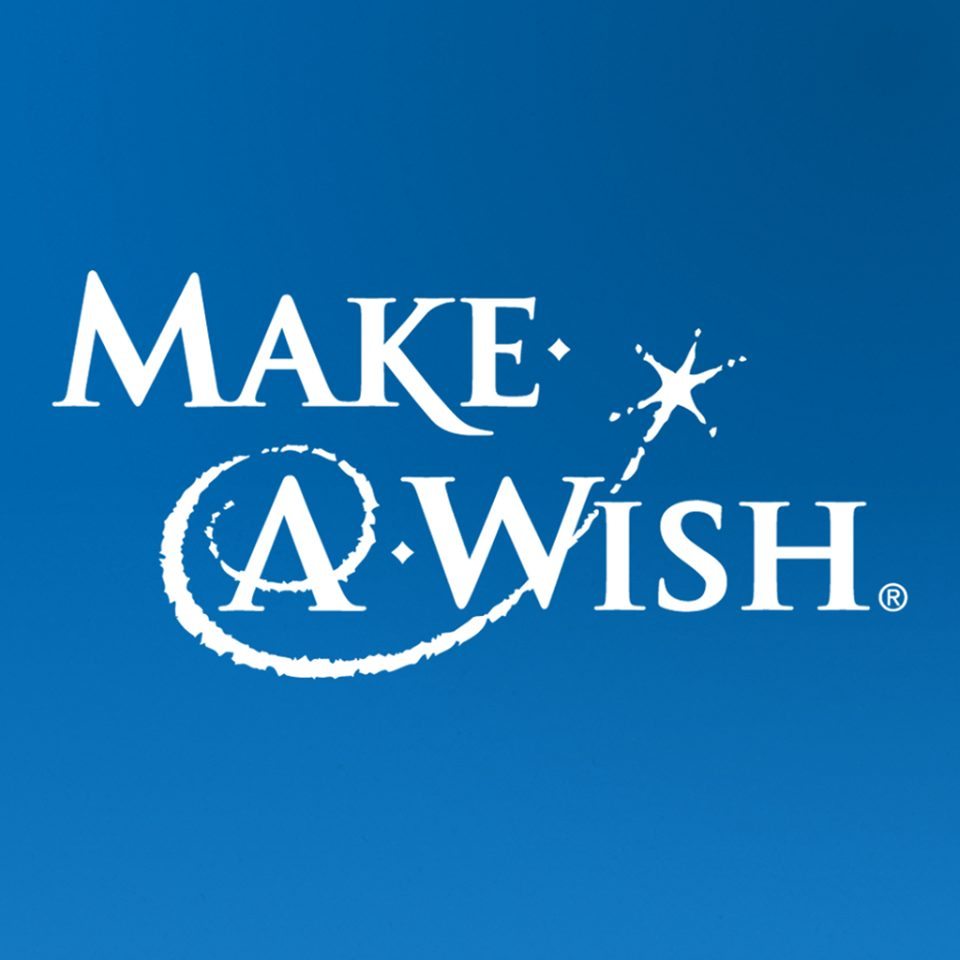 Make-A-Wish exist for one reason – to grant magical wishes to enrich the lives of children and young people fighting life-threatening conditions.

Whether it’s starring in their own films, walking with dinosaurs, going on an amazing holiday, meeting a celebrity hero, or having a life-changing bedroom makeover; our wishes are varied, personal and, most importantly, magical.

We go above and beyond to grant very special wishes to very special children; their dreams made a reality at a time when they need it most.

Because a child’s life shouldn’t be about illness, hospitals and diagnosis – it should be about wonder, joy and hope.

We continued our support for Make-A-Wish Foundation and you can read more about the latest WISH STORIES at https://www.make-a-wish.org.uk/wishes 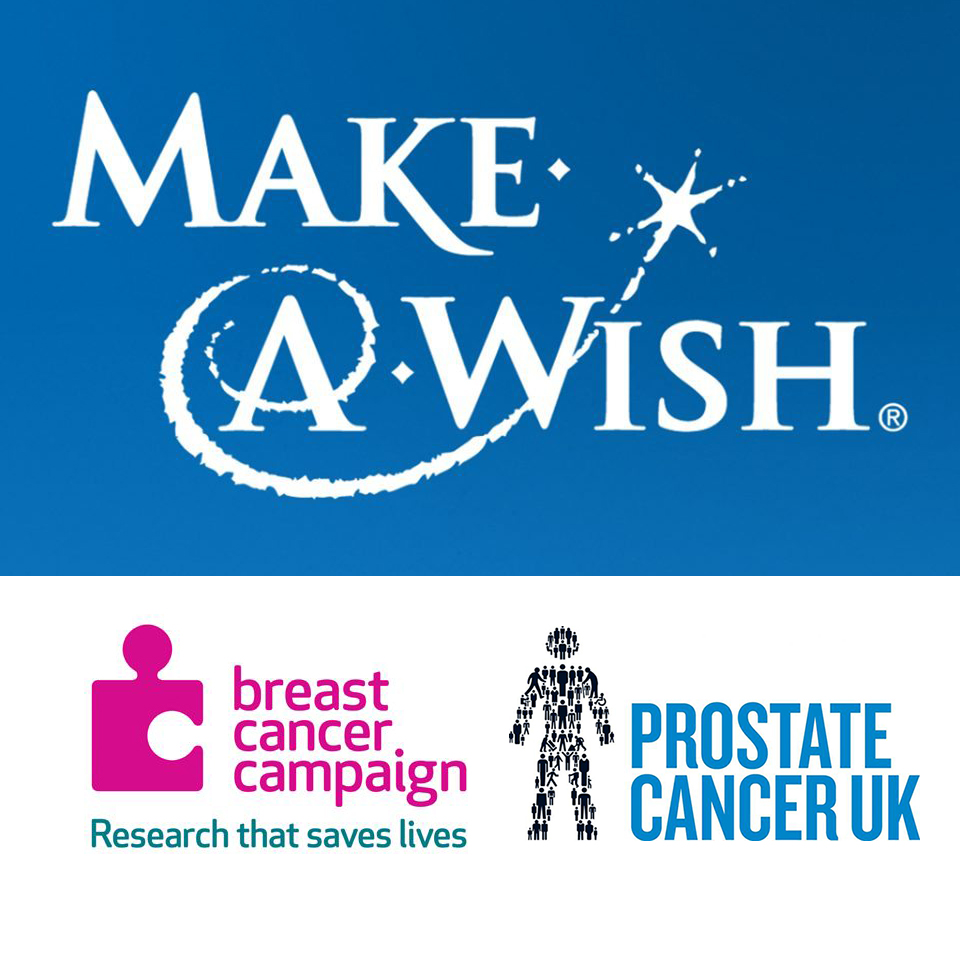 Right now, breast cancer is at a tipping point. More women are surviving. But more are being diagnosed than ever before. One in eight women in the UK will face breast cancer in their lifetime. And every 45 minutes, another woman dies from the disease.

Prostate Cancer UK has a simple ambition – to stop men dying from prostate cancer. Through shifting the science over the next 10 years to focus on radical improvements in diagnosis, treatment, prevention, and support, we will stop prostate cancer being a killer. 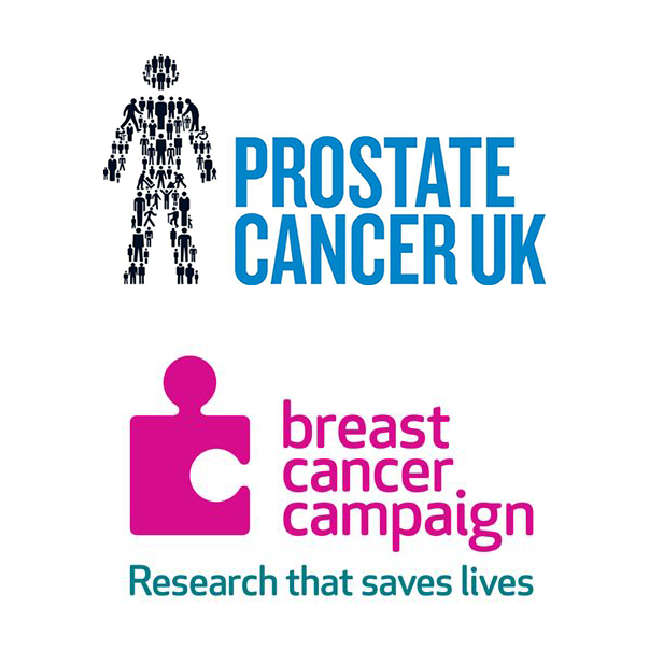 In 2014 we continued our support for Breast Cancer Campaign and Prostate Cancer UK.

You can find out more about these great charities at

2015 saw us continue our support for Breast Cancer Campaign and Prostate Cancer UK. 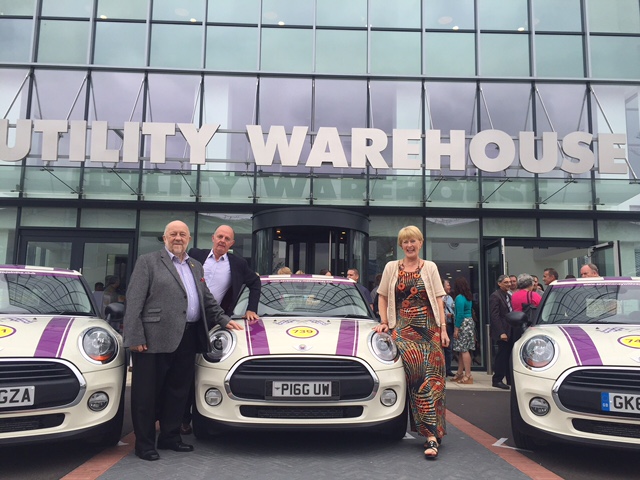 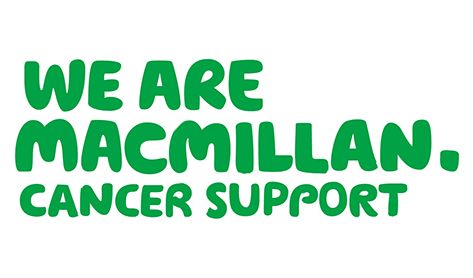 At Macmillan, they know how a cancer diagnosis can affect everything. So they are here to support you and help you take back some control in your life. From help with money worries and advice about work, to someone who’ll listen if you just want to talk, Macmillan are here

In 2017 we continue our support to Macmillan

You can find out more at http://www.macmillan.org.uk/about-us/index.html 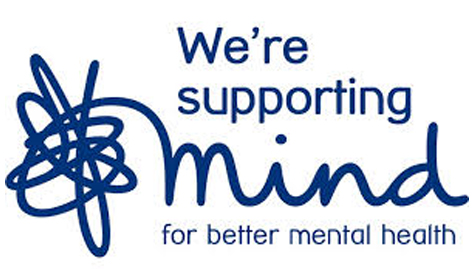 MIND provide advice and support to empower anyone experiencing a mental health problem. We campaign to improve services, raise awareness and promote understanding.

Over more than 60 years Mind has worked to improve the lives of all people with experience of mental health problems. Through public campaigns, government lobbying and more than 1,000 services our local Minds have delivered in communities across England and Wales, we have touched millions of lives.

In 2019 we continue our support to MIND Charity

You can find out more at https://www.mind.org.uk 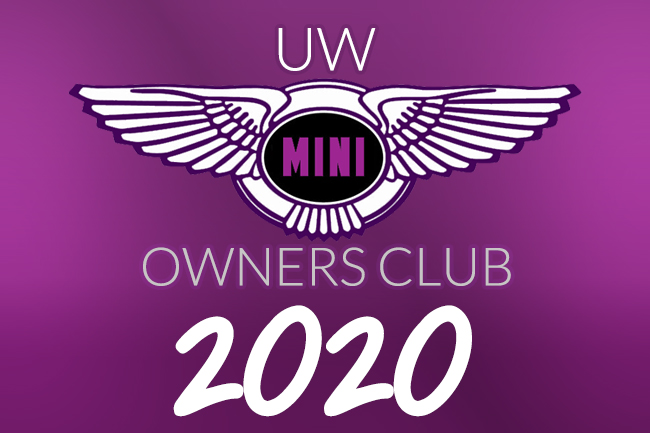 We celebrate our 10th Anniversary and thank everyone that has contributed in our events, donating to these wonderful charities and supporting the UW MINI Owners Club.

Since NHS Charities Together launched their Covid-19 Appeal on 23 March, the UW Mini Owners Club has proudly helped to raise money in an effort to assist them achieve the truly incredible things they do.

Keeping to their promise from day 1 in 2010, the Utility Warehouse continue to match the yearly total of money raised, taking our total raised to date (February 2020) to…

A huge thank you to every that takes a part in creating such a fabulous total including the entrants, volunteers planning and attending the course days, viewers and members of the public that donate on the date of the events and to family and friends that continue to donate pre and post our events!

View Our Next Events >
Go to Top